The next quantum number is charge conjugation, C, which represents a trans- formation of the particle into its antiparticle. This reverses several properties of the particle such as charge and magnetic moment. Clearly, in order for a particle to be an eigenstate of the C operator, it must be electrically neutral. If we consider the π◦, then: 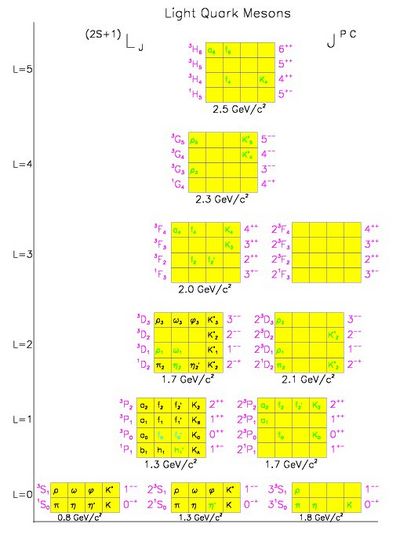 Figure 1. The expected meson spectrum showing the 2S+1LJ representation, the JPC of the nonet, and the names of the states. Along the vertical axis are plotted nonets for increasing values of L, while along the horizontal are plotted radial excitations. The average masses are indicated under the boxes. Dark names indicate well established states, while the lighter names are tentative assignments. All other states have not yet been observed.