Look at the distribution of decay photons from the pi0.

For comparison with reconstructed data, useful to look at z rather than theta. This is the z that the photon would reach the inner radius of the BCAL, given its momentum and vertex. 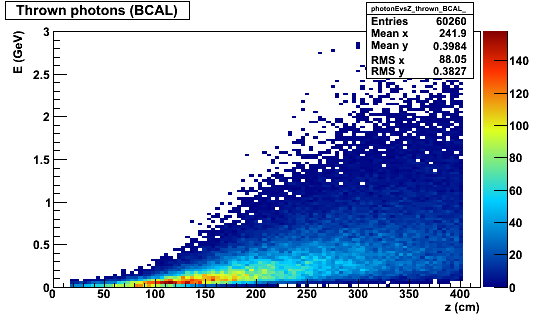 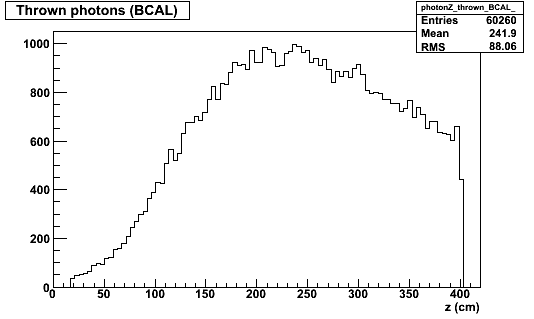 Spectrum of reconstructed "photons": exclude clusters that can be matched to a charged track. 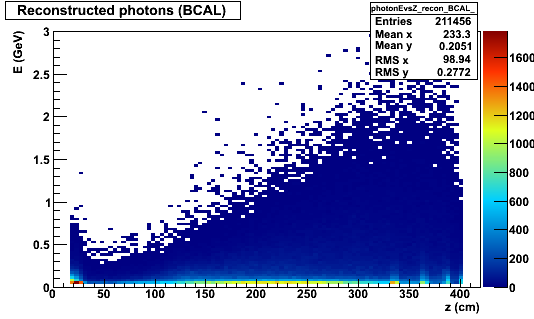 z is the (extrapolated) position of entry into the BCAL, not the z coordinate of the cluster itself. 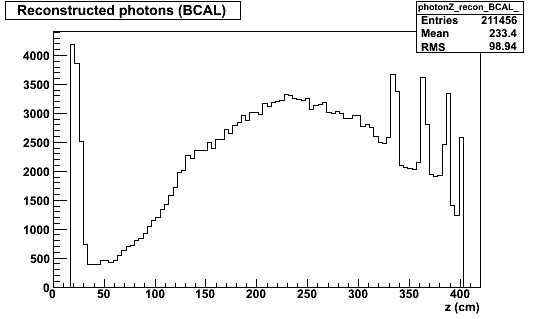 Where does each of these peaks come from? 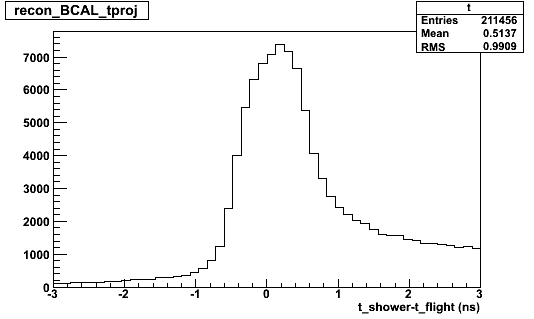 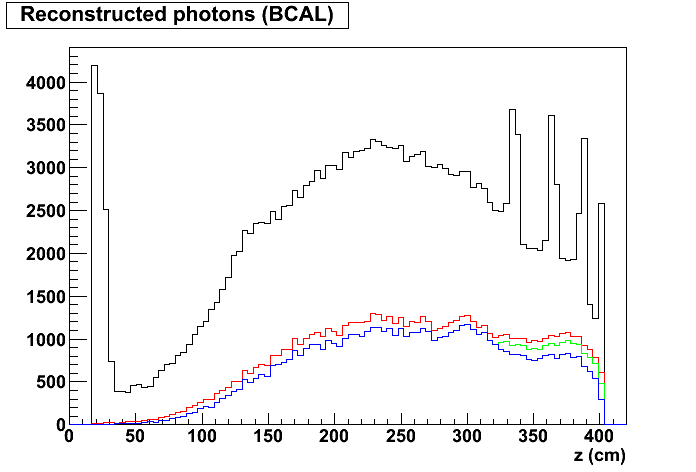 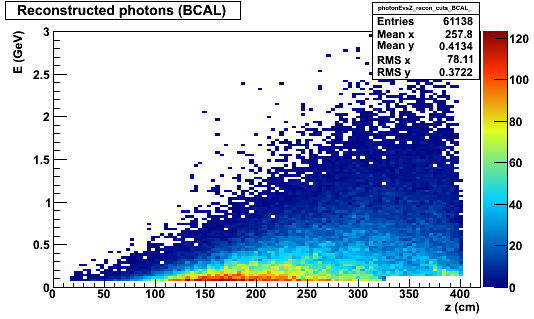 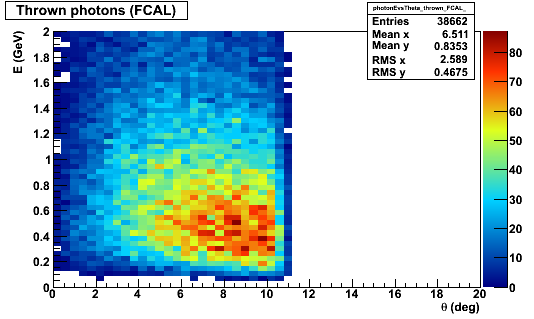 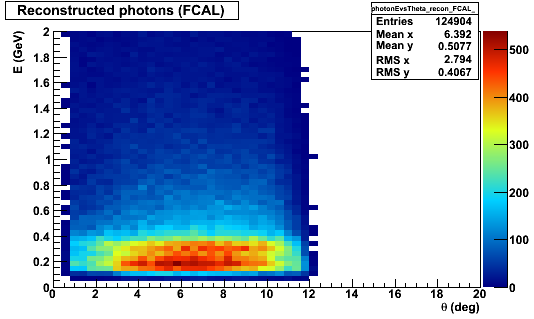 Way too many reconstructed. Clusters matched to charged tracks are vetoed, but this has some issues.

After correcting these two issues: 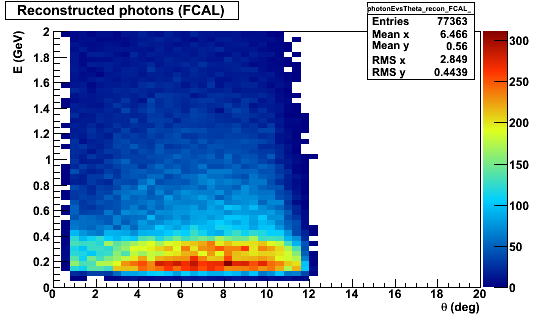 There is an issue that the FCAL hit time propogated thru the code is the time the hit was recorded (time at the back of the FCAL), while the DNeutral... class expects the cluster t to be the time to cluster position (x,y,z). After correcting for this issue, we have a timing distibution: 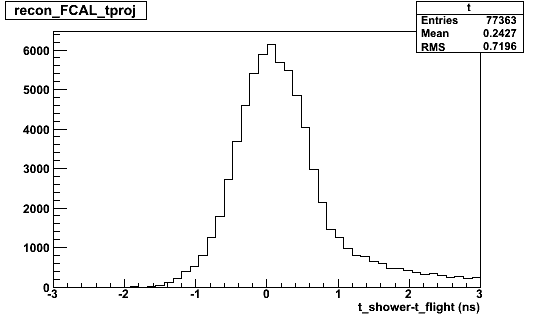 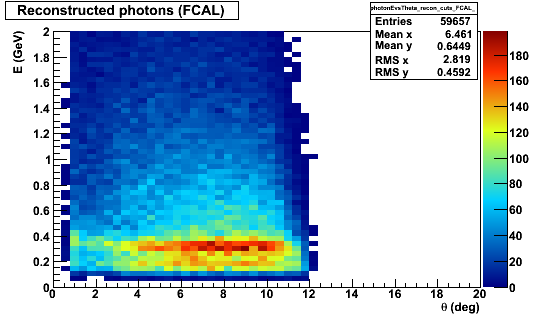 Still have extra FCAL photons. Looking into this issue. 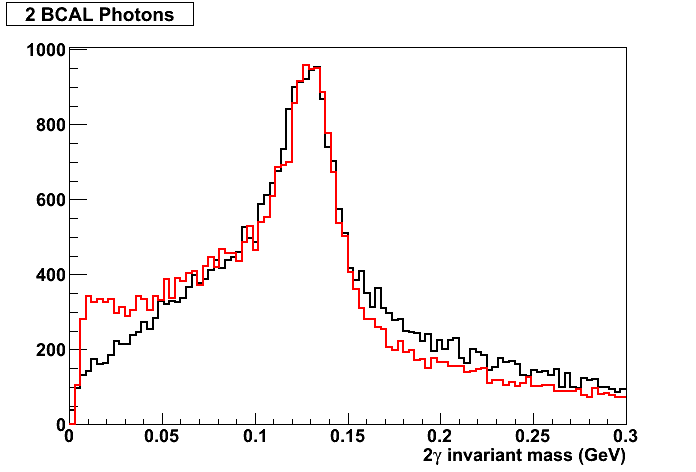 GlueX is in red, KLOE in black.

According to thrown data, ~15300 events should have both decay photons end up in the BCAL, with sufficient energy to pass cuts.

Pairs of 2 FCAL photons, subject to cuts described above: 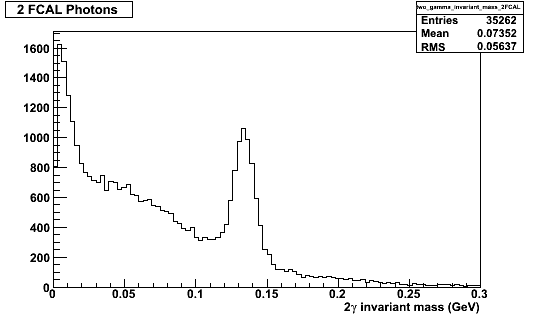 According to thrown data, ~8500 events should have both decay photons end up in the FCAL.