All plots use thrown vertex information to decouple photon analysis from tracking.

mcsmear behavior is modified so that noise hits do not affect timing of non-dark hits. Normal time-smearing still-applied.

This is the z at which the photon would reach the inner radius of the BCAL. 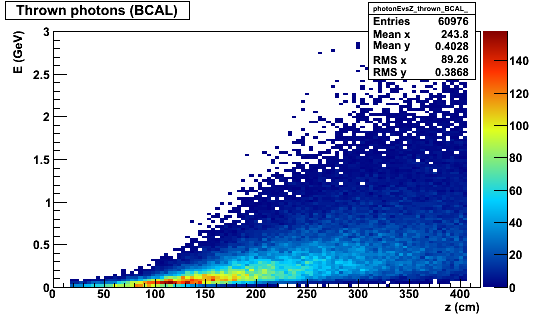 The plot below comes from DNeutralParticleHypothesis. At this stage the only cut that has been applied is rejecting clusters geometrically matched to charged tracks (this matching code is somewhat arcane and probably should be examined more closely. True facts: it does allow more than one cluster match per track, it reduces the number of clusters from 253,000 to the 175,000 below).

The z in these plots is cluster z at the presumed cluster maximum, not the z at the inner radius, so not directly comparable to thrown photon plot above. 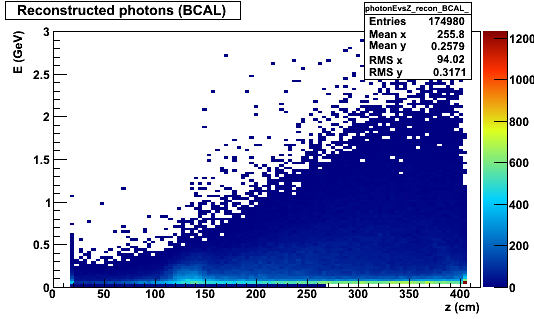 Removing the lower right bin to get a more reasonable scale: 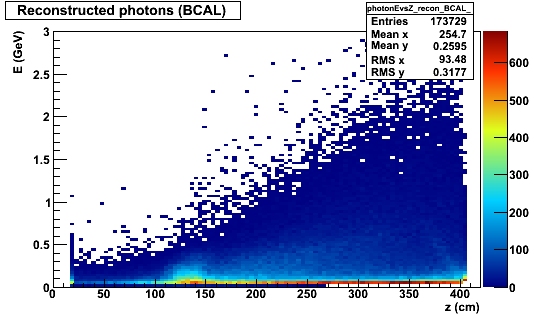 Generate, simulate, and reconstruct samples of single-particle events with same kinematic distribution. These plots are made from DBCALShowers, this means that matching to charged tracks has not yet been performed, but non-linear energy corrections are applied.

lower rightmost bin removed, as above, to fix scale 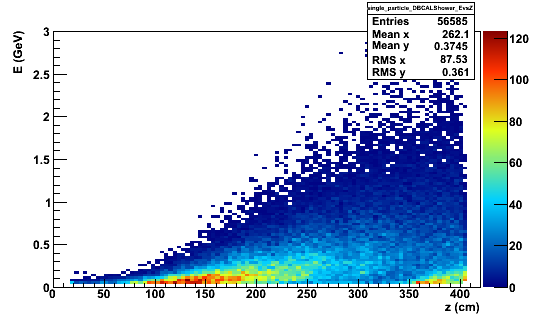 What is the stuff in the at large z, small E?

(pi+ only in this graph) lower rightmost bin removed, as above, to fix scale 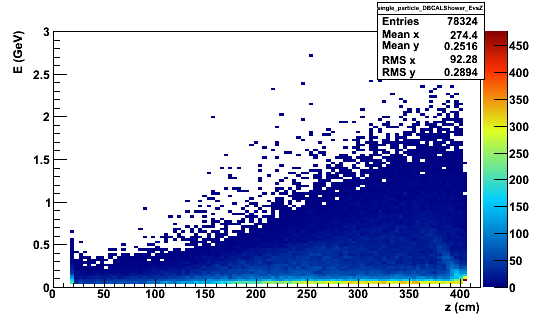 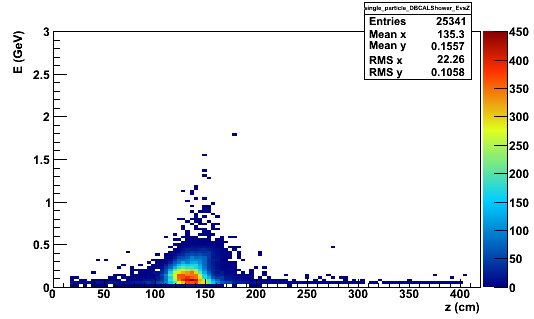 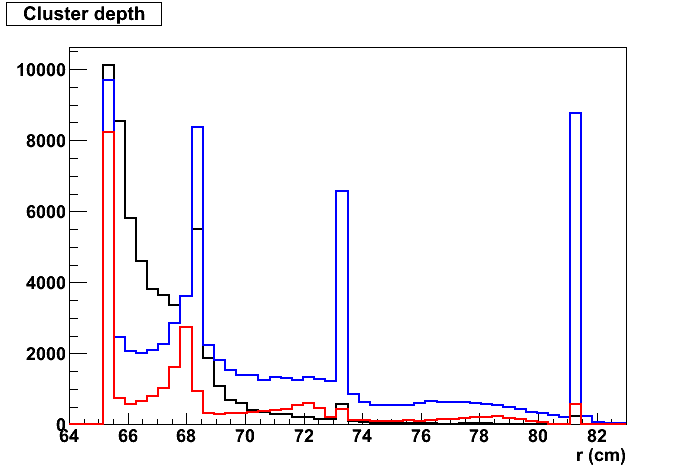 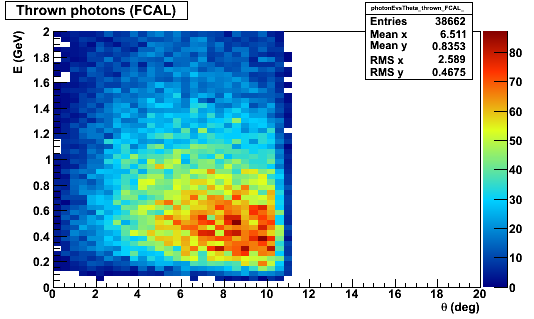 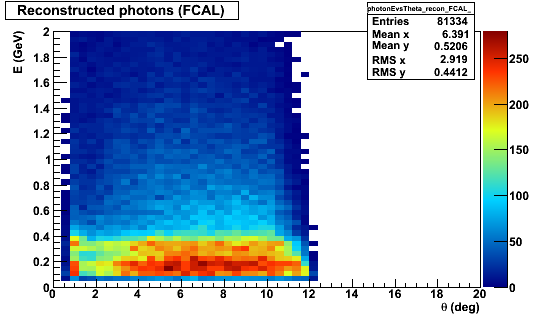 After matching to charged tracks. 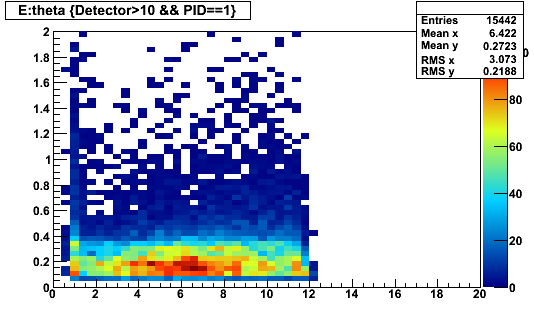 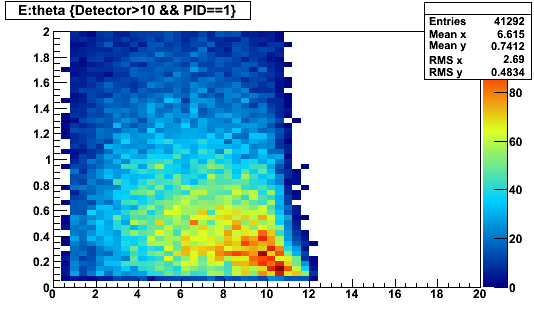 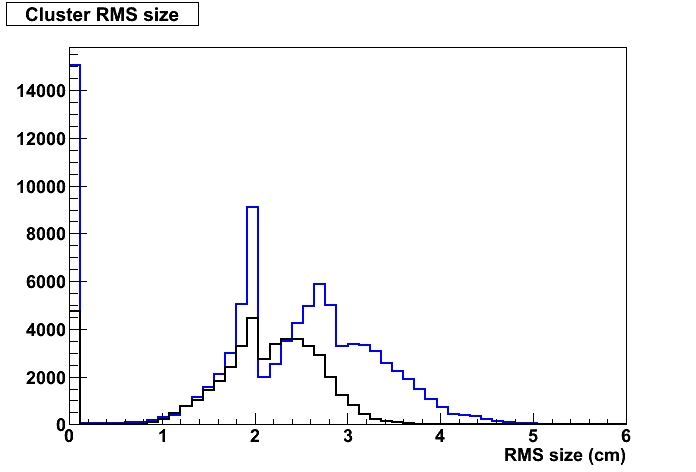 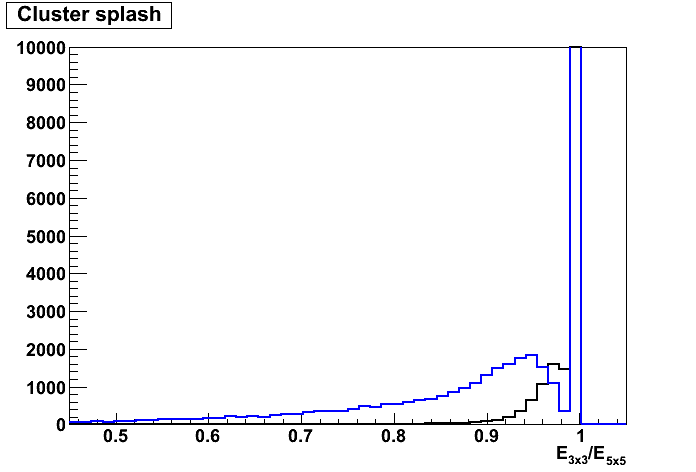 only ~1% "good" photons lost in these cuts