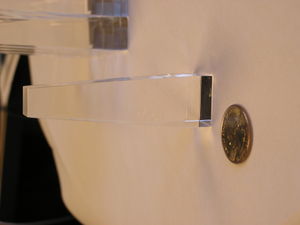 Single guide with quarter for scale 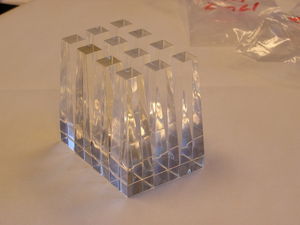 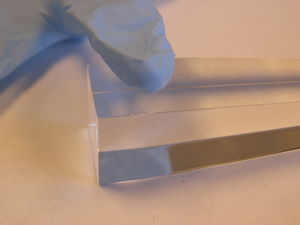 Photos upon inspection of one light guide of each type when light guides first arrived from USM.

Forty Bcal monitoring boards arrived from Athens yesterday, March 6, 2012. We installed a string of 10 this afternoon. A blob of UV-curing glue was placed on the PCB board behind the LED. The LED was then positioned on the edge of the hole away from the module. The glue was cured shining the light through the end of the light guide.